You are here: Home / Paddock Project / Looking back

It’s incredible to think of the changes that have taken place on our property in less than 12 months! 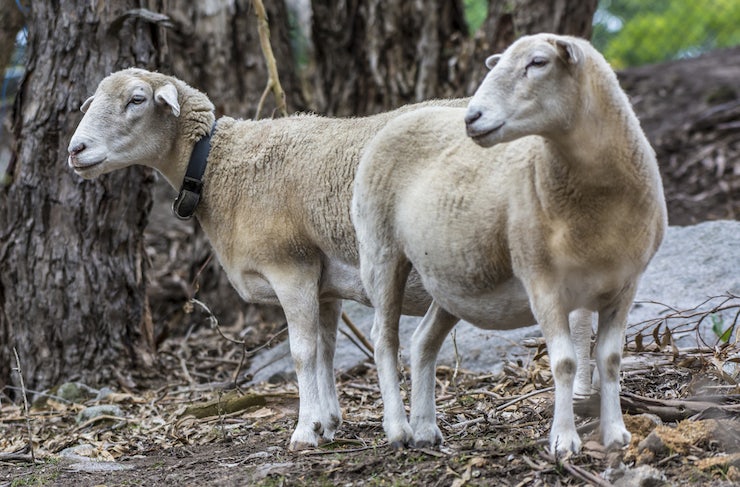 Two years ago we had two sheep living in the paddock, keeping the grass down. We had to frequently buy hay to supplement their feed and felt that perhaps it was a waste having them there and we should be using that space for ourselves.

So the hunt was on for a Garden Designer. I’m a member of the Horticultural Media Association and I asked there for suggestions on finding one. Three were suggested to me and my husband and I emailed each one, outlining what we wanted to achieve and seeking their experience in this type of work. Only one came back with answers that seemed to fit our needs so we had her come out and explore the property. In fact, she came back several times to measure up, walk things out and was very dedicated to the job in hand. 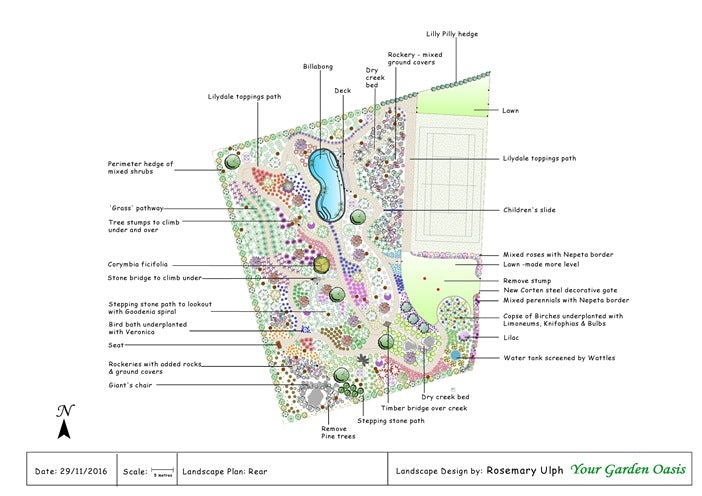 December 2016 we had our final plan in our hands but were going away on holiday so waited till early 2017 to start contacting landscapers to get quotes for the job. That was a job in itself! We spoke to four different ones in the end, got quotes from three, and then shortlisted two before making final decision. It wasn’t easy but in the end we made a decision for the person who seemed to have a vision consistent with our plans – he contributed a lot of suggestions and feedback on what we could do and these seemed to fit in with our own vision too.

Next we began exploring parks and other gardens for suitable pathway toppings so we could make a decision on what to choose. We looked at lots of other gardens that were open for display and began exploring where to purchase plants, bushes and trees at reasonable rates. After all, we were going to need to buy thousands for this 3/4 acre area. 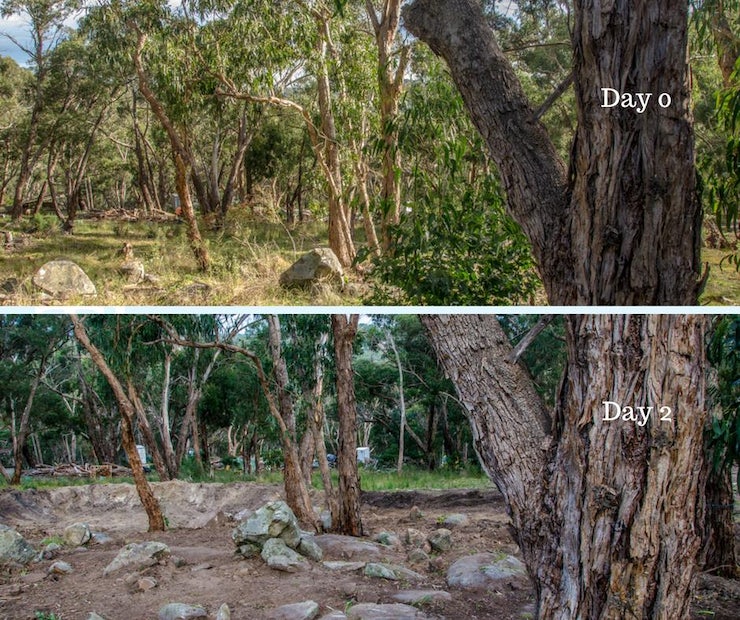 The work was begun in May 2017. It was amazing how quickly the paddock view changed in just a few days. However, it did take four months of work, or 36 days of activity by the landscaper and his team, to get the job done. This was just the landscaping – my husband and I are managing the planting over time. We were grateful the work was being done through Autumn through to Spring (for those in the northern hemisphere, our Autumn starts in March, Winter in June and Spring in September) as this allowed us to see where the water coursed during heavy rainfall and to work out an action plan for overflow for our billabong – which is in the plan above. Also, the billabong had to be moved further to the centre due to a very large boulder being in the way of the digging. We do have natural granite right through our property which we have taken advantage of.

One of the most wonderful things happened too, in conversation with our landscaper. He organised to get some plants at wholesale price for us without charging extra and then he heard me say one day how I’d been to some nurseries to shop for more. That’s when he told me about Plantmark which is a wholesaler in the nursery industry. As long as I had an ABN (and I do) I could register with them. Guess where we now go shopping? It’s like a huge supermarket for plants and it’s paradise! Love it.  If you’re in the Eastern states of Australia you could look for a Plantmark to visit too! 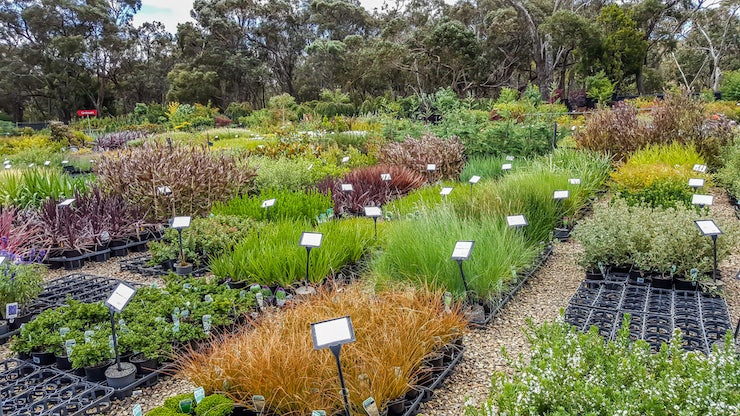 And during the earlier part of this exercise I signed up to do an Introductory Course to Horticulture at Burnley College in Melbourne. So glad I did that as it gave me a lot more insight into trees and their health and what they need, working with plants and soil, average rainfalls for our area and so on. Certainly inspired me and it’s possible I may do an advanced course later on – when not so busy that is.

Anyway, you can read the whole story of the progress if you look for the Garden Project blog posts – there are several there to cover the weeks of work that was done.

Today, my husband and I walk down to this area every single day. We sit on the deck that sits over the billabong (large pond with two creek beds leading to it) and watch the bird life and insect life that now visits there. We have had Eastern Banjo Frogs (otherwise known as Pobblebonk frogs) shift in and lay their frogspawn. There are now tadpoles living there. We also have native fish in the pond and hopefully will stay safe from the ever watchful kookaburras. We’ve had Australian Black Pacific Ducks and Australian Wood Ducks here on a regular basis. The Wood Ducks even had a family of 7 ducklings with them but we haven’t seen them for weeks now. We haven’t seen any herons or other water bird life yet, but expect that will happen over time. And we also have plants now growing and flowering in the pond. It’s developing a life of its own and this is just one part of the paddock.  Planting is slow due to the time of year but once Autumn is here it will pick up again. But it hasn’t stopped us starting on the rose garden and also our silver birch forest.  The paddock is now somewhere we want to be all the time and enjoy, rather than just having sheep to keep the grass down. So 2017 was a very productive year here and I expect 2018 will be similar. Will be good to compare the difference this time next year and see the growth that has taken place. 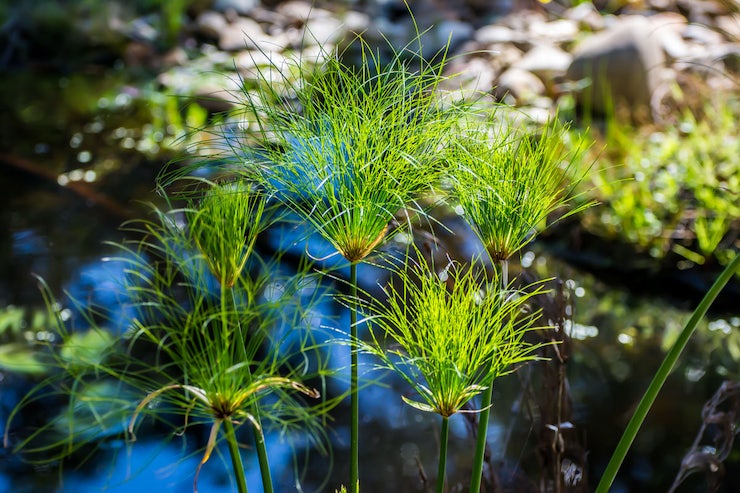 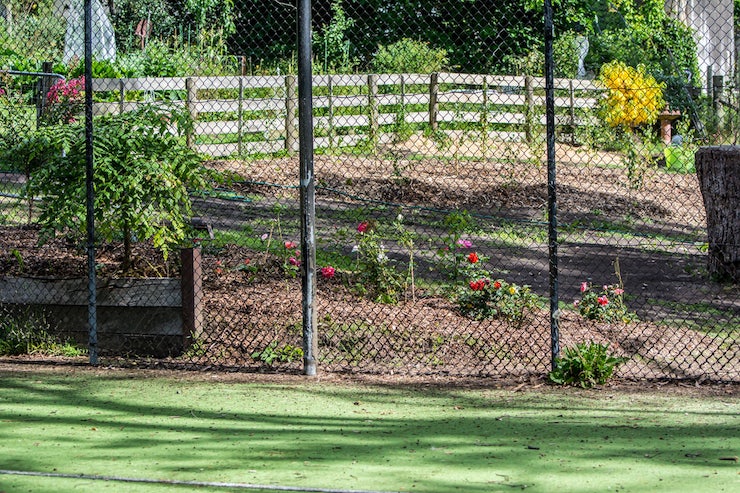