Week 9 of the work covers days 29-33 which is from 28 August to 1st September.  Can’t believe they managed to get a week of work done!  Mind you it was quite cold and one of the guys was in shorts – better him than me.

Quite a few things were achieved this week. The boys got the second bench seat finished in the fire pit area. They redid some of the drainage for the overflow as we noticed that some of it was bypassing the drain but that has now been completely sorted and the drain is working as intended. 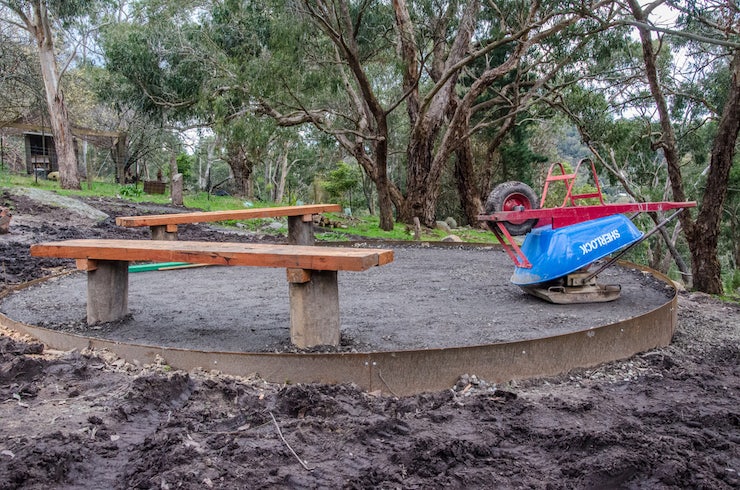 They finished off the top end of the south creek bed so that the drainpipe is mainly disguised by surrounding rocks. This pipe is the overflow from our rainwater tanks and it spills out over a large flat rock in the ground and then leads to creek bed. 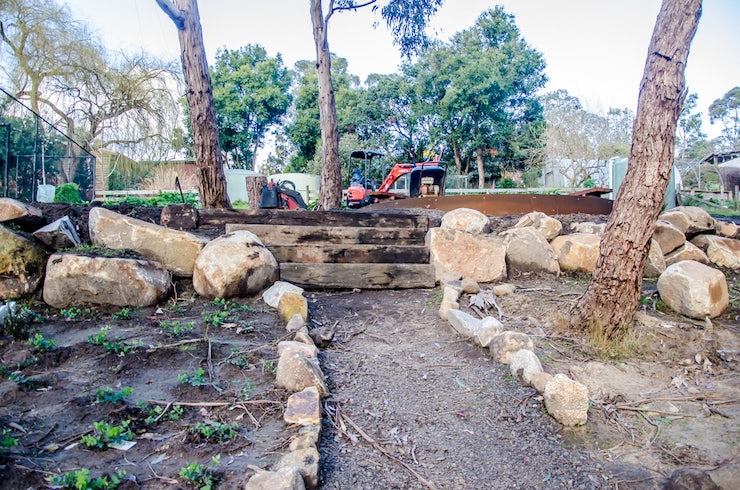 The steps were put in place for the main pathway leading from the firepit – at the moment they’re rather steep but the guys say they won’t stay like that once the final topping is in place. The steps for one of the northern paths was completed too and they started putting the tuscan topping in place. 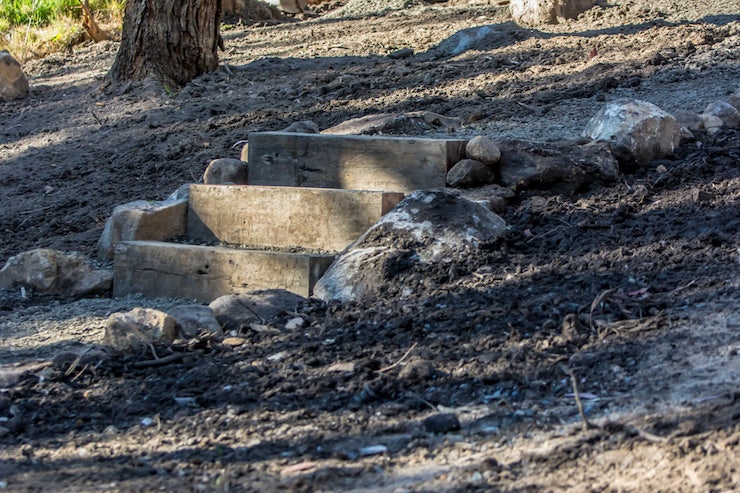 We had some large tree stumps and roots, too large to try and burn off, so rather than paying to dump them elsewhere we had them dotted around parts of the garden so we can grow things over them, and so that nature can make their homes there. One of the things we want to achieve with this paddock cum bush garden is to make it a natural habitat for lizards, skinks, antechinus, echidnas, frogs, birds and a variety of butterflies, bees and other insects. We want it to be a place of discovery for us and our grandchildren, other family members and friends, and any visitors who come along too. 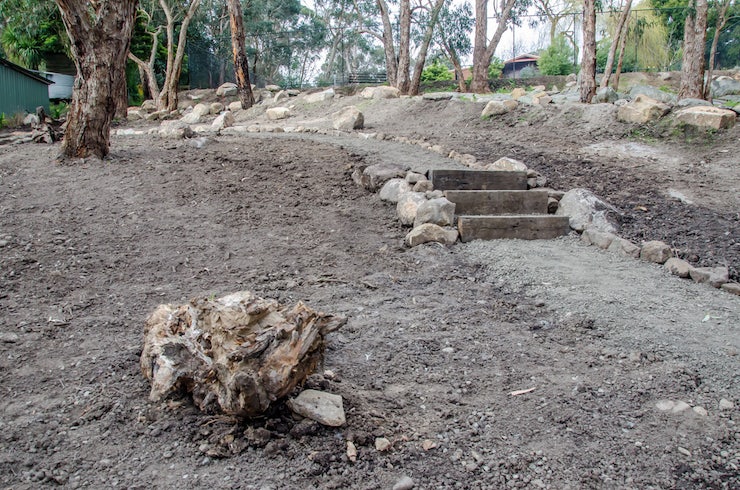 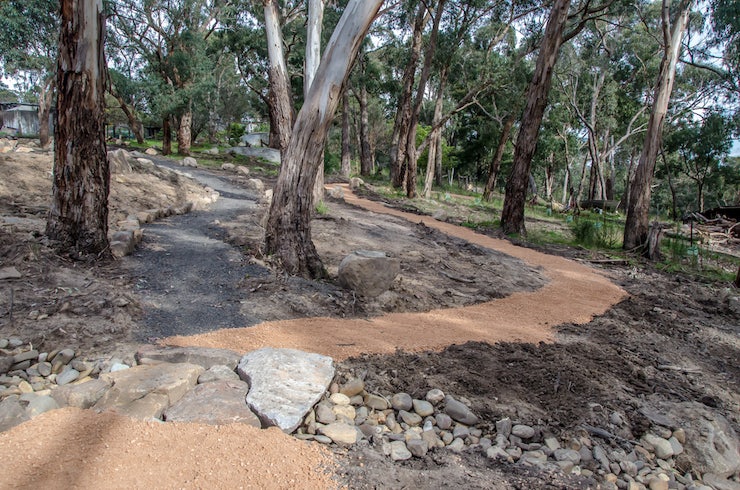 Now the pathways have toppings it is so much easier for us to walk around and inspect everything – even when the ground is wet. Not more sliding in mud – unlike the top end where there will eventually be grass and lawn growing again. At the moment it is a muddy area.