Once work had begun, things seemed to happen quite quickly. Some days there were just 2 workers here, other days, 3 or 4. All with various jobs to do. Dean, the owner of the landscape business, would come regularly at the end of some days to check on progress.

he liners had been delivered for the creek beds and billabong – huge rolls that weighed a great deal but somehow the guys managed to manipulate it and manoeuver it down the hill to where they needed it. In the meantime they had also started on the first garden path, which is above the billabong and creek.  Important to get this done as they couldn’t get the equipment in there for much longer.  One of the guys found enough small rocks on our property to fully line it both sides. We do have a lot of rocks here. The billabong had to go closer to the centre of the property than the original plan due to a monolith rock being in the way. We were fine with that and knew that changes would occur from the original plan, because of what is underneath the soil. We wouldn’t know what was there till it was found. We have a huge amount of granite through the hills here. 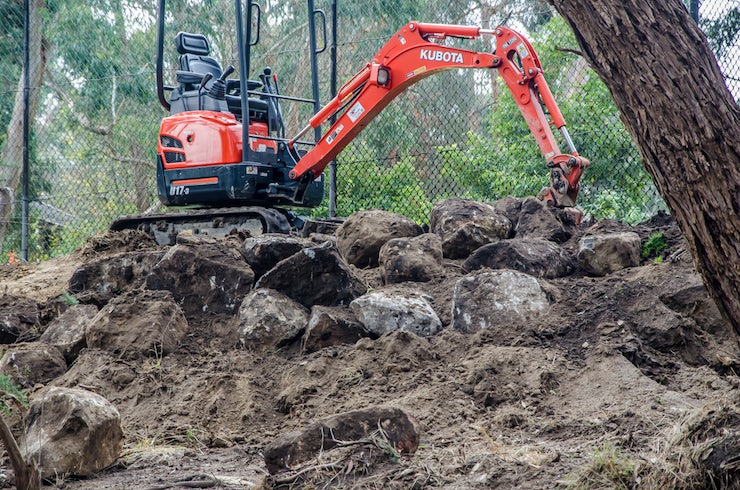 One of the guys manipulated rocks into place along the top of the paddock beside a path below the tennis court. All the vegetation (arum lilies and lots of weeds) had been removed, so this was to help keep things in place. Once they’ve finished working in this area my husband and I will work madly to plant the area up with grasses, ground covers and low bushes. Many plants will be sourced from a local indigenous nursery but others we will source as cuttings or seedlings from friends, and other nurseries that are mainly in the hills region. 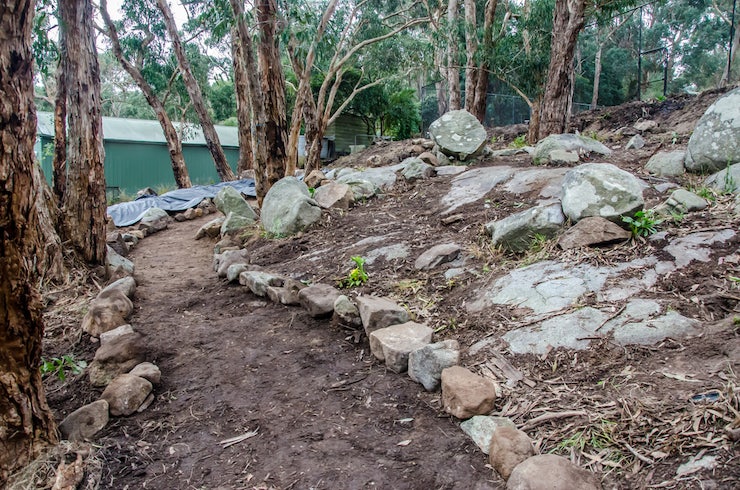 Because we’d had considerable rain on the weekend between week 1 and 2, the billabong started to get considerable amount of water in it – before they were ready to finish working there. A discussion with the landscaper led us to the decision to create a sump, at the bottom of the property, to capture overflow water from the billabong, so our neighbour’s property below, doesn’t get flooded in one section during times of heavy rainfalls – as does happen here in the hills. He has always received run off rain from our property anyway, but we didn’t want him to receive a concentrated amount in just one spot, so this seemed to be the best option. The plan was to fill it with scoria so there’s not a big hole for anyone or anything to fall in, and it will be topped up and then levelled off so it’s part of our garden. I did have visions of the local fox falling into it overnight but thankfully that proved not to be the case.  It did take quite a good few weeks for the water to gradually drain away. 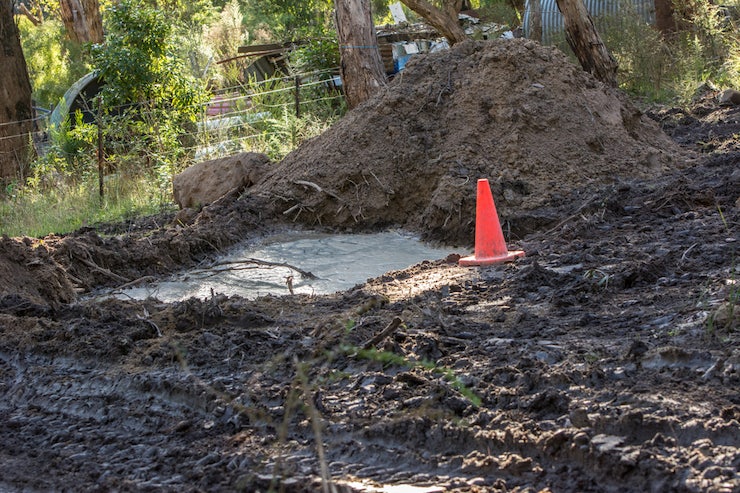 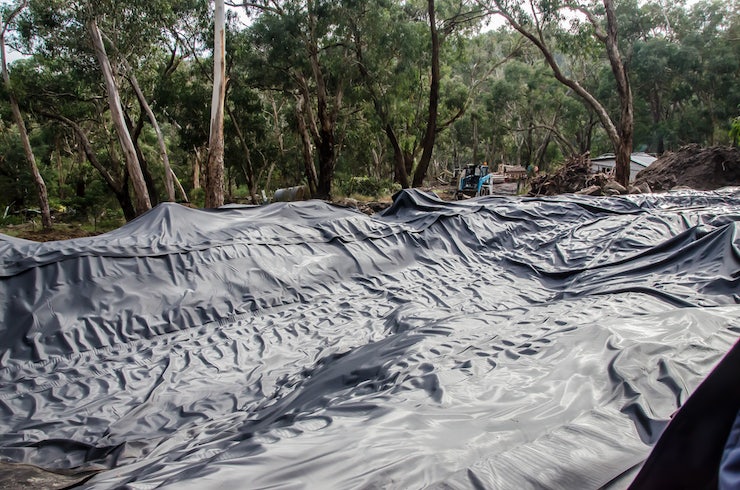 Only time would tell. Below: My husband surveying what has been done so far.  Winter is here, it is cold, but thankfully not too wet and work has been able to progress. We’re praying and hoping it will continue to be the case for the next few weeks so the project can be completed. 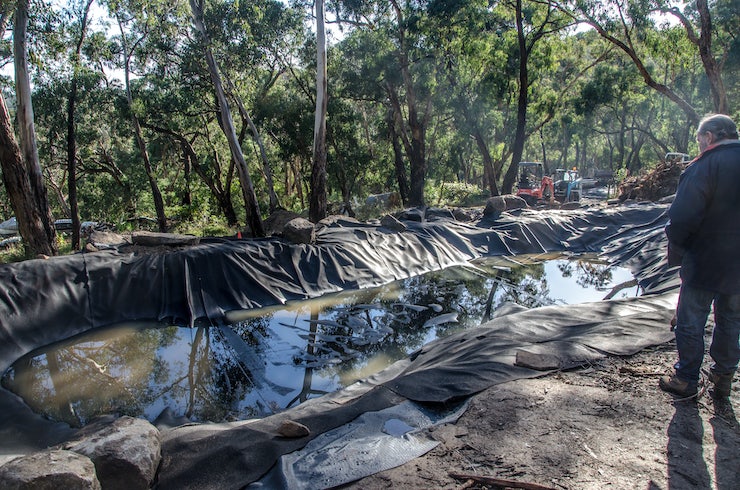 The local bird life have certainly been enjoying the activity. Kookaburras and magpies have been hanging around, grabbing any worm, or bug or grub that’s been unearthed with all the activity. One things have settled and we’ve got the billabong as it should be, the creed beds, and garden beds, we hope that the place will be teeming with bird life, frogs, skinks and other lizards and hopefully we might see an echidna or two, and other wild life enjoying the property too. 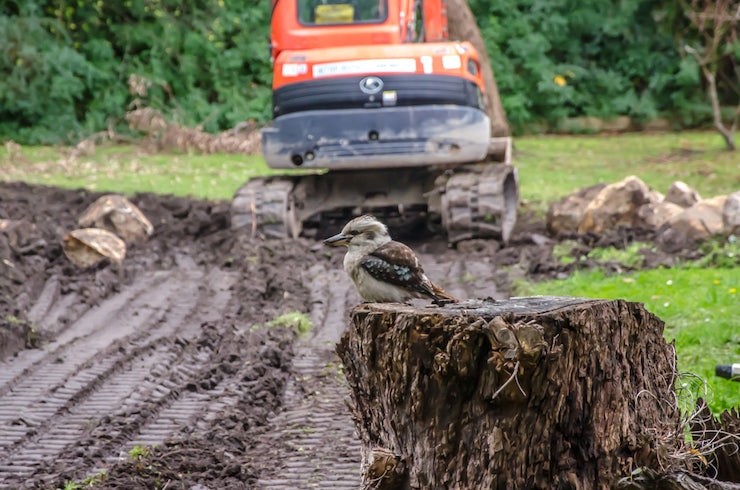